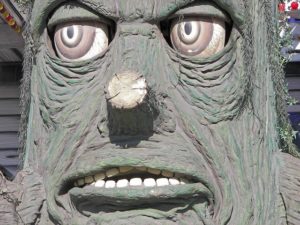 I suffer from self-doubt. So, perhaps, do you. And a few billion other people around the globe. Not all the time. If you’re like me, it’s periodically, too often and at awkward times. Often when I’m least expecting it. Especially when I’m engaged in creative tasks. Often when I’m most counting on myself. I sink in to a miasma of doubt and fear, a dark void, a pit that seemingly has no bottom and no sides, just a big, dark hole. Slipping into the pit is easy. Getting out is harder.

I force myself to sit at my desk. You owe it to … to whom? Unclear, but to some mythic force, and so I draw swords to battle the demons.  The dark forces, my inner terrorists. Doubt, fear, shame, guilt. They’ve all been around before. We know each other well. “Be strong. Be bold,” I tell myself. “Fight.”

The demons hear me. They laugh. “Banish them,” I shout, and thrust my lance at them.

“Ha,” The demons mock me. I strike again. But they are back in greater force with sharper weapons, coming at me from all angles. We are in a pitched battle. I am strong. I am determined. The battle lasts into the night and into the next day and the next. And then, a realization. I am not winning. When I cut off one head, five grow back. The are more clever, and faster, and more devious. They disappear and then reappear an hour later, in disguise. They have magic beyond my power. I am fighting a war I cannot win.

There is a dance that happens between creativity and doubt. By definition, creativity drags the creator to the edge of the precipice. To create, I have to go where no one has gone before. I briefly follow a safe path, but sooner or later, I come to the end of the path and veer off into darkness and bramble because the path is no longer taking me where I want to go. I am in the pit, with the demons, down there where doubt flourishes.

Deep in the pit, I learn-for the hundredth time- that fighting the demons is a losing game. There is a better way. A profoundly simple way. Notice them, acknowledge them, grant them their space, and move on.

The demons, like all parts of the ego, want attention. Fighting them is giving them attention. As soon as I draw my sword, they have won. I can never defeat them in battle. But something amazing happens when I acknowledge them, give them a nod but no more, no fanfare, no drama, no marching band, no drawn swords. They vanish, without a fight, back into the void.

Demons thrive in the fight, but melt in the light.

Since we’re into rhyming aphorisms here, there is a saying popular in neuroscience these days, “Neurons that fire together, wire together.” It means that the more attention we give the demons (read doubt, fear, shame, guilt etc.) the stronger they become, because the brain circuits get reinforced. With new brain imaging technology, we have physical evidence that this is true. The remedy: notice and move on, without fanfare. It takes practice, but it’s also profoundly simple.

Have you tried it? I’d love to hear from you. Stay tuned, more detail about how to do this in future blogs.