What is a “creative mistake”? 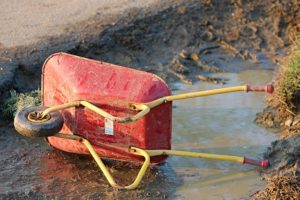 I’ve been watching the winter Olympics, especially the figure skating. Magnificent, but what strikes me particularly is the falls and the recoveries. How quickly the skaters rise,  glide seamlessly (so it appears) right back in stride, in time with the music, as if nothing had happened. But what are they feeling inside, I ask myself. I don’t know the answer, but it seems obvious to me that one doesn’t become an Olympic calibre skater without learning to fall and recover — in a split second. It’s a master lesson in letting go, moving on, staying totally in the present moment. The fall is over. What matters is what’s happening right now.

Writers don’t have to respond quite so quickly. But the writing life is, by definition, filled with falls. Wasted words, bad reviews, hopeless chapters, those days when the muse has departed, that sinking feeling that you have nothing to say and never will again. If you’ve been at this game for long, I think you know what I’m talking about. I call it “creative letting to.”

The question, of course, is “How to let go of the fall?” “What to do about it?” “How to move on, so the “fall” is no longer the focus of awareness.”

I sit here in fact, this very moment, struggling with just this issue, because though I have a decent idea of what I want to say, the phrasing isn’t there. Yet. I recognize a mini crisis. A fall on the ice.  I have a choice to make. I can push, try to force the answer to show up, and probably judge myself harshly in the process. (Judgment seems to go with the forced approach.) Or I can back off, let go for a moment or an hour, allow rather than push, live in the void for a while, see what shows up.

I choose the latter. It’s worked so many times for me. I back off and let go, announce an open house and see who knocks on the door. The writer has more choices than the skater. For me, simply changing the activity can work wonders. Just standing up and walking around the room may do it. Sometimes, I read something completely unrelated, get a cup of tea. Physical exercise – a walk in nature, a bike ride, a workout at the gym – these simple options can be life savers. A change of scenery – writing in a café, or in the park, or wherever I don’t normally write, who knows where the muse is hanging out today. What all of these have in common is the ability to let go of the stress, to trust, to open up to possibility without having to know the answer. It’s counter-intuitive, especially to those of us who get credits for being productive, but often enough, letting go and diving into the void is the best way.

This seems quite different from the figure skaters recovering from a fall, you might say. Of course, you’re right in many respects. But the huge – if unseen – similarity is that the figure skaters, I am absolutely certain, have trained their minds to let go, to wipe the slate clear, as it were, and to start again, as if they’d been able to change the scene. It’s a master strategy, one that must take an enormous feat of will, but essential if you’re going to be a figure skater.