The Conversation at the Capital 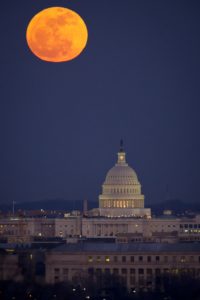 The Senate Judiciary Committee This Week

I had intended to listen for just a few minutes, but once I turned on the Senate  hearings, there was no turning it off. The testimony of Christine Blasey Ford and Brett Kavanaugh was riveting. Ugly. Passionate. Sincere. Duplicitous. Calculated. Authentic. World shattering. Hopeful. Surprising. Predictable.

The Players and the Conversation

Blasey Ford and Kavanaugh grew up in a similar geographic and cultural world, at a similar time. Their contact, it seems, was brief but life shattering, at least to Ford. Kavanaugh had forgotten – or perhaps barely ever registered – her existence. Destiny and irony brought them together again, 36 years later in a deeply disturbing, intensely public “conversation” about an intensely private event.

By intentional design, they never came together in the same room. Yet they engaged in a conversation that touched millions, and will impact our cultural, and possibly our political, path for decades to come.

In Search of Trust and Connection

I teach that conversation is about achieving  trust and connection. If so, this conversation was an all time disaster. It fractured an already splintered Senate, and has seemingly further polarized a country that seemed already on the verge of exploding. Much could be written about this. I prefer to look here at the nature of the conversation, to see if there are lessons to be learned, any points of light in a very dark room. I see three.

First, The Three Levels of Conversation.

Conversations exist at three levels: Facts, Feelings and  Meaning. There was clearly no agreement on the facts, nor was there ever any possibility of there being any agreement, due to the decades long vacuum and the way in which the conversation/hearing was set up.

Emotion colored almost every sentence that came from Dr. Ford and spewed forth from Judge Kavanaugh. No surprise there. Both participants will be remembered more for their emotions than for their factual recitations. This is frequently the way it is in such difficult conversations.

It is in the area of personal meaning that, I believe, we can see both the deepest level of conversation  and the perils of attempting to analyze meaning for others. Both Dr. Ford and Judge Kavanaugh spoke extensively about how the events under consideration, from so long ago as well as from recent days, had changed their lives. No surprise there. The lessons lurk, I think, when we note how when any of the senators, on either the Republican or the Democratic side, jumped into ascribing meaning, i.e. interpreting the motives rather than responding to either Facts or Feelings, that the conversation went from being extremely difficult to hopelessly destructive.

Meaning plays by different rules. No one can ascribe or even guess at the meaning of any circumstance for another. It is for each of us, and us alone, to define the meaning of the events in our lives. All too frequently, senators went hunting for this illusive meaning, and every time it brought the conversation down into a cesspool of blame,  disrespect and mistrust.

It takes great courage to dissent from the reigning power of one’s own tribe. Such efforts will often be seen as disloyalty. Senator Jeff Flake in a moment of raw honesty and huge courage did just that. He listened deeply and spoke authentically, declaring that his majority party had to extend this conversation for one week to allow for the possibility of an impartial investigation that might cast some light on truth. Regardless of the eventual outcome, Senator Flake made a courageous stand, speaking truth to power, and rescuing a badly botched process in the eleventh hour, just as it was about to poison our most cherished norms and vehicles of government. Thank you, Senator Flake.

Thirdly, the possibility and the power of conversation.

We are in the midst of a titanic struggle for the soul of our country. We have witnessed a moment in time, one conversation, in which the whole of this huge drama, was laid out before us (in the words of T.S. Eliot) “like a patient etherized upon a table.” Let us hope and pray that the patient survives.

Note: I recognize that this is an unusual, far longer, and more convoluted blog than usual. These are extraordinary times. The only thing ordinary is that, as is so frequently the case, the nature of our future may be reflected in the nature of our conversation.

What do you make of it all?