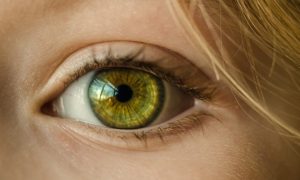 I’ve said it before many times, but I’m awed by it again … and again … and so I think it bares repeating. I’m talking about the simple power of awareness. Just noticing. Non-judgmental awareness. No fuss, no muss, no messy creams.

Here’s the truth: I am fine.

The Problem with Thinking

What happened to me – and to thousands of others, writers and cooks and mothers and baseball players alike – is that I got so cerebral about the whole thing, started trying to think myself out of the box I’d stuffed myself into, in the first place.

Well, duh, it doesn’t work that way. As Einstein famously said, “We cannot solve problems with the same thinking that created them in the first place.”

Maybe not even with “thinking” at all. Thinking is the purview of the ego, and the ego has an invested interest in keeping us trapped in the status quo. The more I thought about my demons, the bigger and darker and scarier they grew. So I thought harder about them. How to solve this problem (using, pardon me, Albert, the same thinking that had created it.) The harder I thought, the deeper I dug the hole. Basic principle: if you’re stuck in a ditch, put down the shovel.

When thinking (a.k.a. the shovel)  didn’t work, I turned back to what I’d “known” but forgotten, too many times: For so many of life’s problems, the answer is not thinking, but simple awareness. Paying attention, without judgment. That’s it. That’s all. No fuss. No muss. No messy creams.

I ceased trying to think the problem into extinction, and just noticed it. Ceased judging myself for my inability to think my way out, and just noticed what I was doing. Ceased worrying that I would never be able to write again, and just noticed. Watched my feelings. Listened to my body. Then gently put down the shovel and proceeded with my life.

Guess what happened! Magically, wonderfully, without fanfare. No fuss. No muss. No messy creams. The demons went away, bored by my lack of attention. “If you won’t pay attention to us, we’ll take our marbles and go home,” they said.