What happens when the creativity supply chest shuts down? 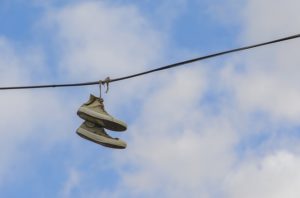 I was not happy.

I didn’t really “choose” to go. I had to. I’d been working hard, attending to business, but not attending to myself. Finally my soul went on strike. “Okay, if you won’t pay attention to me, I’ll shut down the store.”

And that’s just what she did. Like an engine that seized up. Creativity closed down. Productivity over. Joy drained from my days. I lugged around my computer, but opening it was like smelling spoiled milk.

My instinct is to double down, try to work my way out of it. I can beat this thing.

It doesn’t work. Take my word for it. Or maybe you’ve tried that way too. You know about these times. “If you’re in a hole, put down the shovel.” I think that’s the phrase, but I’ve never heard it.

I had no choice but to recognize reality. Let go. Give myself some space. I took up walking and watching sports. Wimbledon was on. As a former tennis player myself, I can get into this. Great escape. I didn’t want to think about anything. Didn’t want to analyze my breakdown, or problem solve. Just wanted to forget, watch the telly.

When I got home, with the computer fixed, I set to work again. Not so fast. Same blockade still there. I opened the computer, but my fingers wouldn’t go near the keyboard. My power was still not on. My world still dark.

I surrendered. Can’t fight it any longer. “Teach me,” I said to the resistance. “Tell me what you want. I’ll follow.”

“I’m here to help,” my soul said. It didn’t sound angry. Didn’t sound like the opposition at all. I’m smart enough to know the voice of a friend when I hear it.

Amazing what happened next.  “Just listen,” my soul continued.  Sounded more like a soothing lullaby than any kind of resistance.

We talked. I wrote. A long dialogue with my soul. Let it flow. Let faith flow in. The walls began to crumble. Crud fell away. Sun began to shine. We’re on the same side again. Oh, glory, hallelujah! As I bow to the soul.

… Stay tuned, for more about dialogues with the soul.