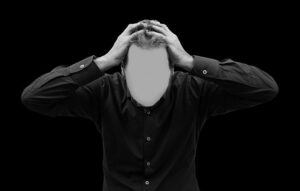 What is conversational awareness? How do you gain it? And why should you bother? Fair questions to ask. Imagine that you are producing a TV show. If your sound quality is messed up so that your audience can’t understand what is being said, you’d want to know, right? It’s similar in everyday conversation. Of course, you want to know if the message sent is the same as the message received. How are you coming across? How do you want to come across?

The answers to such questions start with awareness of yourself and your surroundings. I call it “Conversational Awareness.”

In the last ten minutes, as I was writing this post, I had a telling example. My wife came into my office wanting help with a project.  I felt my eyes narrowing. I felt my breath getting shallow. Telltale signs of resentment, resistance.  “I need to get a cup of tea first,” I said.

Conversational awareness leads me to pay attention to what was still a low-grade resentment. I didn’t want to do this project from that place. Of course, I could have said, “I’m busy.” But actually, I wanted to get the project done, but from a place of willing cooperation, not resentment. So I got my tea. Took a little break, and by the time I returned, the resentment had melted away. I was ready. We finished the project easily, the relationship still intact, and here I am now finishing the blog, soothed by the tea and with a good example of the power of awareness, hot off the stove.

Habit, the Enemy of Awareness

Because we all engage in conversation so frequently, it’s easy to fall into habits and lose sight of what’s really happening in the moment. Mindful Awareness says slow down. Tune in. Go slow to go fast. You may not have time or the opportunity to get a cup of tea, but just a moment of silence, a pause, a look inward can make all the difference.

I’ve blogged about this “pause” before.

In fact, I’ve called it the “keys to the kingdom.” It’s the single most powerful tool I know of to take you beyond your unconscious habits and into awareness. And awareness is like the sun at the center of our galaxy. It’s the source. Not just in conversation, but particularly in conversation because there is so much happening, so fast, often so complex.

Sometimes when I teach about this awareness thing, people say, “Oh, but there isn’t time for that. I’m busy. I have many conversations in a day. No time for that.” In fact, it takes almost no time at all. More than time, what it requires is the self-discipline to slow down, even when, especially when, you’re in a hurry or feeling frustrated, as I was when my wife first came into the room.

I’ll be blogging more about conversational awareness in the coming weeks. Meanwhile, check out this blog for a take on the power of awareness in meetings